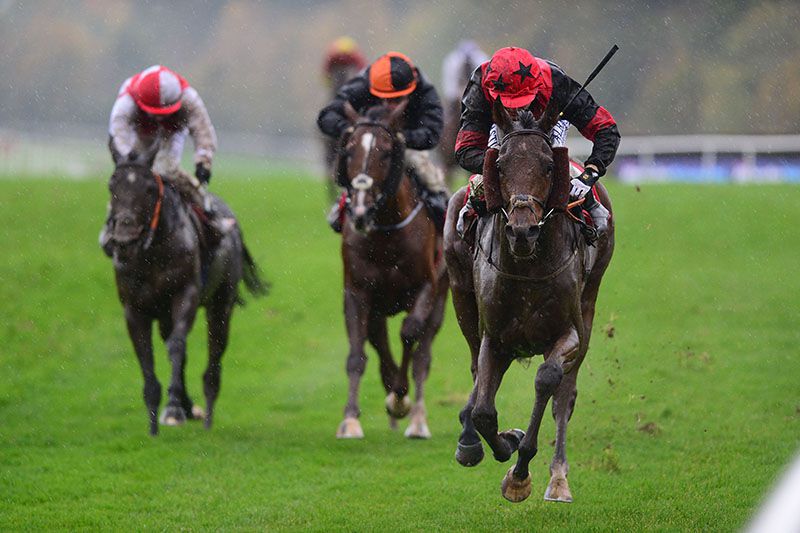 Ryan steered him into the mix in the home straight and his horse soon tackled and passed Got Trumped.

The latter kept finding but the petrol gauge went into the red in the final furlong as Listowel's Liam Healy Memorial Lartigue Handicap Hurdle hero Politicise ran on to win by two lengths at 7/1.

Assistant trainer Stephen Thorne: “ We were a bit worried about the ground but Gavin said he actually handled it very well and probably got there a bit too easy and idled a bit in front.

“It was a tough enough race. We were considering pulling the horse out this morning because of the ground. We're delighted now with that.

“If he gets into the November Handicap off a light weight we'll aim for that.

“Otherwise we'll give him a break and aim him at all the big handicap hurdles next spring, the likes of the County Hurdle, the Tote Gold Trophy and the Galway Hurdle next summer.

“We have a lot of options now wit him. He was a weak horse last year and he's grown into himself.

“His last run over hurdles tells a tale and we were hoping he'd do the same on the Flat.

This was Ryan's 40th winner of the campaign and put him five ahead of Shane Crosse.