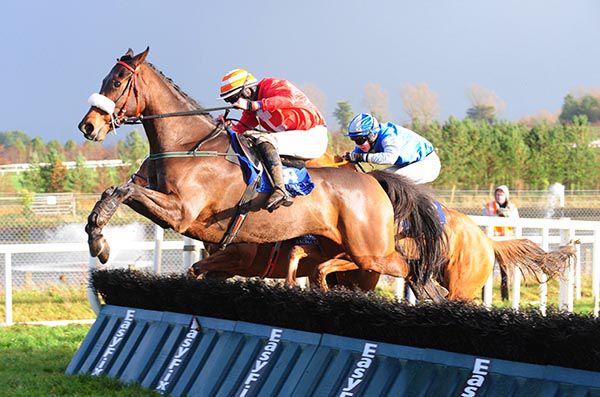 Conor Orr took the riding honours in Limerick this afternoon with a sparkling 2,991/1 treble brought up on Killacolla in the novice hurdle.

His mount raced on the outside of a three-way thrust for the lead coming to the second-last where a mistake there hindered his chances.

However, Killacolla knuckled down to his task under Orr and overwhelmed Guido Reine in the closing stages to score by a length and a half at 10/1.

Cairnhill (7/2) was the other horse in with a chance but he could give no more in third.

Trainer Augustine Leahy said: "I thought the handicapper gave him too much but he is progressing.

"He was a nice bumper horse, without winning, but he'll be a nice horse for next year; he's very tall - 16.3hh, and while I wouldn't say he let us down, I always thought a lot of him.

"He will be back here again over Christmas for another one of these races."