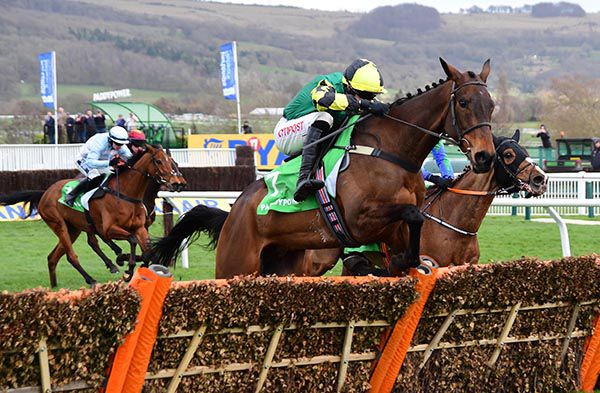 Making smooth progress on the near side, Lisnager Oscar hit the front before the final flight in the hands of Adam Wedge, to put trainer Rebecca Curtis back in the big time.

Lisnagar Oscar galloped on strongly up the hill to hold the challenge of Ronald Pump (20-1) by two lengths, with Bacardys (33-1) a further three lengths away in third place.

Apple’s Jade had set a decent gallop and opened up a big led until she came back to the field after the third-last flight.

The runners bunched up, with several horses in with a chance two out, but it was Lisnagar Oscar who proved strongest to claim the coveted prize.

Wedge said: “Unbelievable, it’s fantastic. The little horse has tried his heart out. I couldn’t believe it when I hit the front, I was just praying he’d keep galloping — he fought like a little lion up that hill.”

Last year’s winner Paisley Park looked to be in trouble some way out and faded to finish seventh.