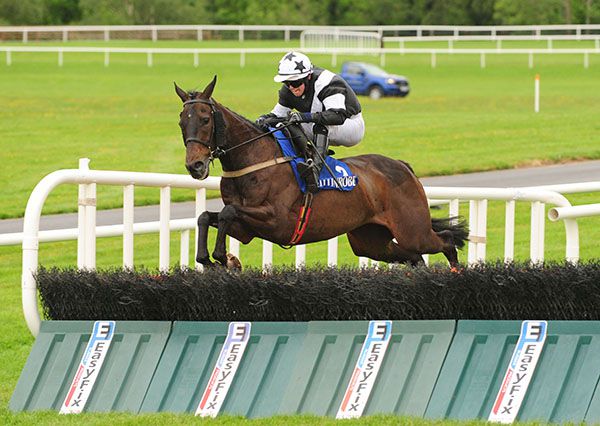 Lee had watched progressive Sole Pretender land the 50 grand handicap hurdle on the card half an hour earlier.

Oskar High went for home after the second-last in this three mile one test and, despite getting lonely in front on the run-in, had enough to repel the closers at 5/2.

Eimear (7/1) was beaten three parts of a length into second but she was a neck in front of Tungsten Kid also at 7/1.

Norman Lee said: “He’s a great little fun horse. The lads (Addergoole More Partnership) are a really sound bunch and they will enjoy themselves tonight.

“We’re delighted with him and he really toughened it out over three miles and one. Darragh O’Keeffe gave him a great ride, and he’ll go for something similar again."

This was Lee's first double.

Robbie Power was stood down after being unseated from Anywayyoulookatit.

The Stewards received a report from the Clerk of the Scales, Mr. P.L. Malone, that C. Brassil, rider of Tungsten Kid, had weighed in at 1.5 lbs overweight. Evidence was heard from the rider concerned who stated that he had rehydrated after weighing out. Having considered the evidence, the Stewards were satisfied that C. Brassil was in breach of Rule 231 (iii). Having taken his previous record into consideration, the Stewards suspended C. Brassil for two race days.