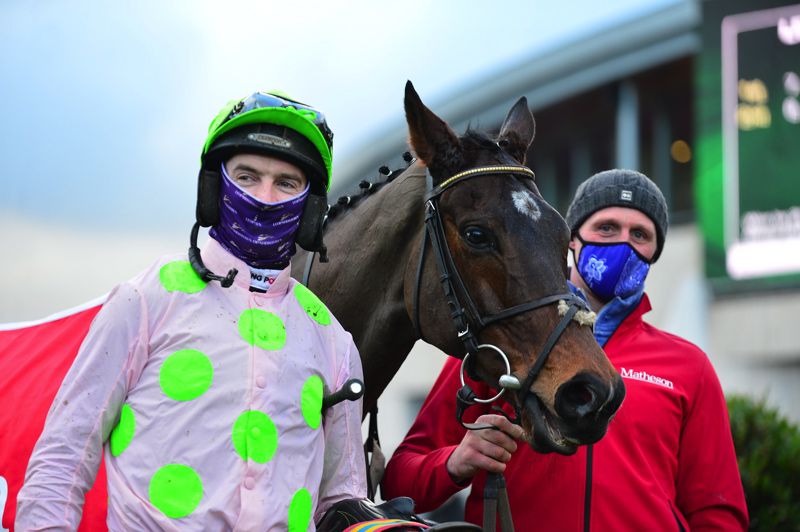 Amateur riders have unable to ride under rules in Britain since January due to Covid-19 restrictions — and will not be allowed to return until at least March 29, in line with the Government’s planned resumption of grassroots sports.

Mullins, the most successful amateur of all-time, was expected to have a strong book of rides for his father Willie, including Sharjah in the Unibet Champion Hurdle, Kilcruit in the Weatherbys Champion Bumper and Billaway in the hunter chase.

The four-time Festival-winning rider raised the possibility of taking out a professional licence, but following discussions with the Irish authorities, he has decided to retain his amateur status.

Mullins, along with other top Irish amateurs like Jamie Codd and Derek O'Connor, can hopefully look forward to riding over the Grand National fences in the Foxhunters' Chase at Aintree next month.