Peaches And Cream gets his just desserts 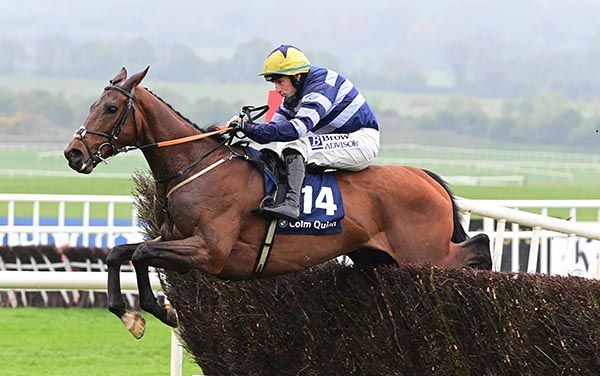 The patiently-ridden Peaches And Cream (9/1) was a wide-margin winner of the Colm Quinn BMW Handicap Steeplechase.

Sean Flanagan brought him through to head long-time leader Agusta Gold after three out and the seven-year-old, in the colours of his trainer Gavin Cromwell, went clear on the run to the final fence. He passed the post with eleven lengths to spare over The Dabbler with a further two lengths back to Waitnsee in third.

It was a fifth career victory for the gelding by Salutino.

Cromwell said: “He ran a cracker in the Ulster National (third) and I left him a little bit short for that race, to be honest. I probably should have given him a run over hurdles before it.

“I was confident that he’d run a big race here today. We’ll see what the handicapper does but I suppose the Midlands National at Kilbeggan would be an obvious race to look at.

“He’s kept improving a bit and has youth on his side. He’s not that big and was a 1200 quid August Sale horse. He’s been a good servant.

“He might improve enough to be an Irish National horse, you never know."