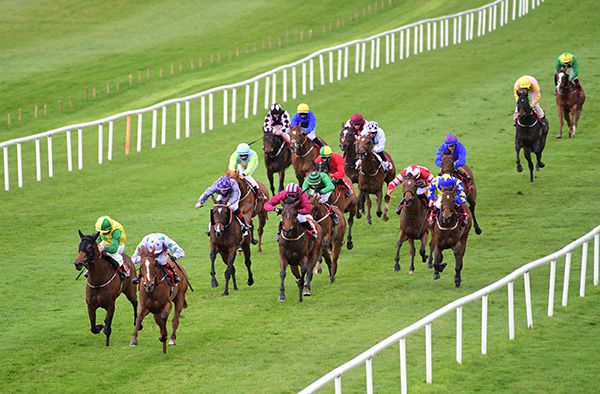 Pineapple Express clearly enjoys an extended nine furlongs in Gowran Park as she travelled strongly before putting away the opposition in the second division of the Goresbridge Handicap.

The 3/1 favourite tanked into the lead a furlong and a half down and was soon given the office by Andrew Slattery to go and win her race.

This gave jockey Slattery a double after he took the preceding race on board Bell Ex One.

“We were probably a bit unlucky in the first two races (with Sunwalk and Aingeal Dorcha who were both second) ,” said trainer Andrew Slattery.

“The handicapper was right. He gave her 10lb and I rushed her and ran her back too quickly in Dundalk. He forced my hand that day but she's won with the 10lb today.

“I think she's better with a bit of ease in the ground and I see no reason why I can't step her up in class now, even to a mile-and-a-half. She's an improving filly.”

Pineapple Express won over a similar trip at Gowran Park on her penultimate start.