Piz Badile on target for the Cazoo Derby 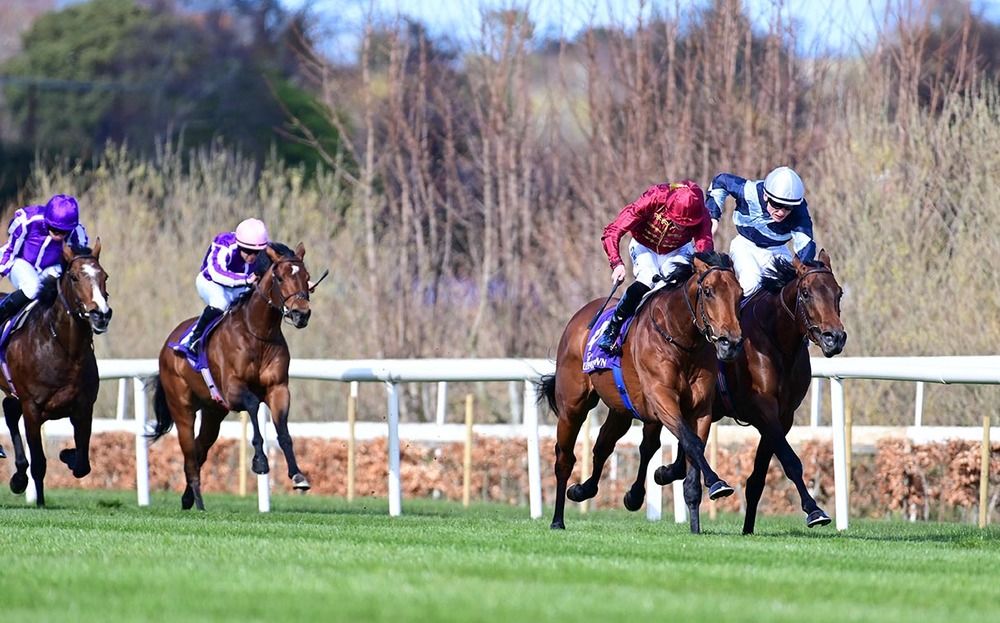 Donnacha O’Brien reports Piz Badile, generally a 10/1 chance for the Cazoo Derby, on target for the Epsom classic which goes to post three weeks from today.

The son Of Ulysses sports the famous Niarchos colours of Flaxman Stables and earned a crack at Flat racing’s blue riband after taking the Ballysax Stakes at Leopardstown last month.

Winners of the Ballysax have generally returned to Leopardstown for the Derby Trial (last Sunday) and that was the initial plan before connections had a change of heart as O’Brien explains.

“We were originally going to come back to Leopardstown for the Derby Trial but we discussed it with the owners and decided he didn’t need another run.

“There were no setbacks we just decided to change the plan and we were happy to give him an easy week after winning the Ballysax.

“The plan now is to go straight to Epsom. All is good and we’re very happy with him.

“The form of the Ballysax has worked out well with Buckaroo winning since but there is a lot of strong form in there.”

Piz Badile could be joined at Epsom by Glory Daze although trainer Andy Oliver is still weighing up whether to go to Epsom or wait for the Dubai Duty Free Irish Derby.

“He’s in both and we still have to decide where to go,” said Oliver.

“He’s a big horse so there would have to be some kindness in the ground and the fact that he’s won at the Curragh we know he likes it there.

“There is only one Epsom Derby and you like to have an entry to see where you are but you don’t want to get carried away with doing the wrong thing either. It’s very much open.

“On form we should be one of the best Irish horses outside of Aidan’s stable and it looks like he’d get the trip.

“Three-year-olds can improve a lot physically and also for going up in trip. His form entitles him to be in the mix.

“If he doesn’t turn up at Epsom then he’ll probably run in the Irish Derby.”

Glory Daze is as short as 40/1 with Paddy Power and Betfair for the Cazoo Derby.