Port Rashid and Townend some partnership 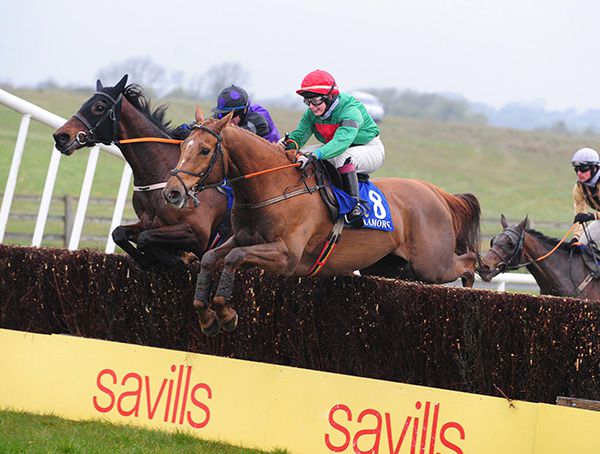 The 20/1 shot was swinging away in contention on the outer under Jody Townend approaching the second last.

Once that fence was jumped, he was given the office to lead. He came to the last in front of Half Shot and forged on to put the race away on the run-in.

Both Half Shot and No Thanks closed on the winner in the latter stages but the race was already sealed.

Port Rashid took the honours by three parts of a length from Half Shot (6/4 favourite) and a short head back to 7/2 No Thanks.

Jody Townend said: "That was mighty! He jumped like a stag for me and I kept getting breathers into him whenever I needed to. I got there way too soon.

"He was my first ever winner on the track at this meeting three years ago. Now he has provided me with my first track winner over fences and he has been a great horse for us. I'm after winning on him three times now and Paul (Townend) could never win on him!

"Today was the plan with him. We actually thought he might need the run because he had been off the track for a bit. He really enjoyed himself today."

Port Rashid also won his maiden hurdle at this venue in April 2018.

The Stewards interviewed D.J. O'Keeffe, rider of Half Shot, concerning his use of the whip in later stages of this race. Evidence was heard from the rider concerned, who stated that he was trying to keep his horse straight and was using his whip as an aid for this. Having viewed a recording of the race and considered the evidence, the Stewards were satisfied that D. J. O'Keeffe was in breach of Regulation 10.3(i)(time to respond) and considering his record in this regard, they suspended him for two race days.