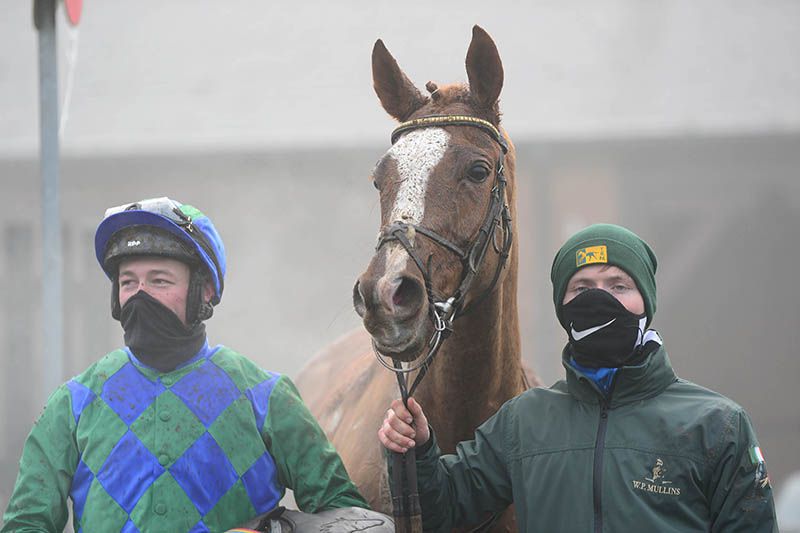 The Masterson silks, victorious with Kilcruit in the bumper at Navan yesterday, got another successful airing through Power Of Pause (6/1) in the Irish Racing Industry Fundraiser For Children's Health Foundation Crumlin In Memory Of Pat Smullen Rated Novice Hurdle at Punchestown.

Patrick Mullins rode Kilcruit for his father Willie, and the Closutton maestro had his nephew David aboard Power Of Pause.

Favourite Crosshill couldn’t match Power Of Pause from the last and two and three parts of a length eventually split them. Mullins also had the third, Ruaille Buaille, a length and a half back.

David Casey, assistant trainer, said: “He travelled and jumped well and is improving all the time.

“He won his point-to-point and then took a bit of time to get going in bumpers. I’d say going jumping has helped him and, having won a point-to-point, he’s probably going to be a chaser down the road.

“David said he’d enough pace for that today but he’d get two and a half miles.”

The Irish Horseracing Regulatory Board Veterinary Officer examined Sneaky Getaway, trained by Emmet Mullins,at the request of the Stewards and reported the animal to be post race normal.