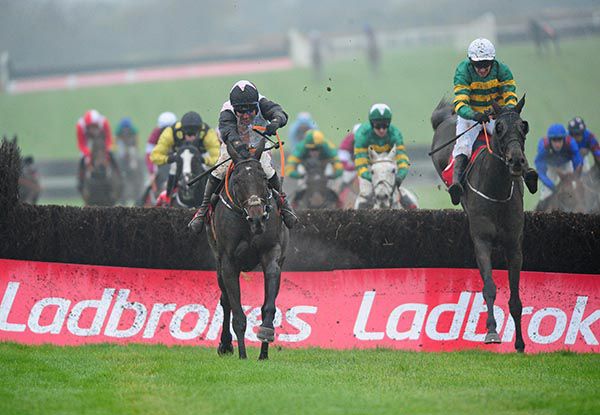 Both Chris's Dream's previous two chase wins, including a win in the Grade 2 Ten Up Novice Chase, were gained at the track and today the son of Mahler made a winning handicap chase debut to beat runner-up Fitzhenry by nine and a half lengths and maintain his 100% record at the Co Meath venue.

De Bromhead, Acheson and Power were each gaining first wins in the E100,000 feature race and Power has himself enjoyed a excellent run of eight winners in five days.

Power's winning run began with a treble at Cheltenham on Wednesday, a winner at Thurles on Thursday, another at Ascot on Friday and steered a double at Haydock yesterday, including a Grade 1 win on Lostintranslation in the Betfair Chase.

Following today's race De Bromhead said “Brian (Acheson, owner through Robcour) suggested this race and it made a lot of sense. Robbie was brilliant on him and he’s a very good horse.

“His form tailed off a bit last season so we’ll have to watch that and it seems he doesn’t want too much racing. We went to Aintree full of confidence and he was well beaten and then he ran no sort of race at Punchestown.

“Christmas will probably come too soon so maybe we will look at something like the Thyestes but to be honest I haven’t really looked beyond today.”