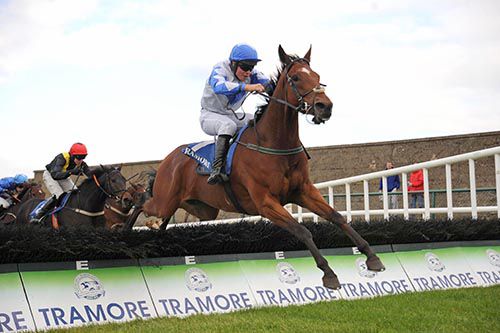 Power, who trains just outside Waterford, was in the saddle himself as he steered home the 4/1 shot, who had been supported from 14/1 this morning.

The Gamut gelding took up the running four from home and despite getting in close over the last couple he had plenty in hand to record a two-and-a-half length success.

Tintown Robin got up in a tight finish for second ahead of Yes Man.

Power had saddled his first winner at Bellewstown in August when Bakers Street won under his fiancee Jeannie Cook.

Power, who trains the winner for his mother Bride, said:- "I thought he had a chance today as I was a bit disappointed with the ride I gave him the last day. The time before that he just blew up.

"It's beautiful ground and he likes that good going. We'll look for something similar."