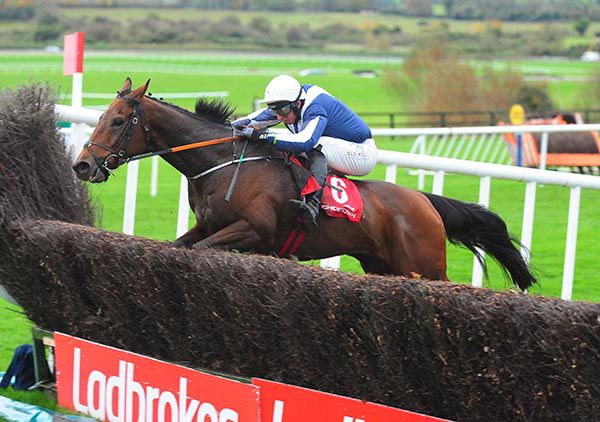 The Paddy Power Cork Grand National takes centre stage at the Mallow circuit on Sunday, with 15 declared for the valuable Grade B contest.

The two likely to attract the most attention are King's Song and Racing Pulse.

The former impressed on his debut for Gordon Elliott at Punchestown last month and will carry just 9st 10lb here with Jack Kennedy aboard.

Racing Pulse makes his debut for Willie Mullins, and Ruby Walsh rides. The son of Garuda was bought by owner Paul Byrne for 12,500 pounds in May and has been installed as favourite with the race sponsor.

Last year's winner Raz De Maree, who also won this race in 2012, is back to defend his crown, with Donal McInerney taking a valuable 7lb off his back.

The hat-trick-seeking A Sizing Network is another leading contender, along with Arkwrisht, Logical Song and Whatareudoingtome.

The Mullins-trained French-bred beat the classy Tombstone on his most recent start at Fairyhouse and steps up in trip to two and a half miles.

Jury Duty and Woodland Opera are the obvious dangers. The former was successful on his debut over fences last month, while the 150-rated latter won a competitive Grade A contest at the Punchestown Festival in April.

He saddles Fabulous Saga (Walsh) and Robin Des Foret (Paul Townend), with the latter easily accounting for the former when they met at Limerick last month.

Elliott's Cracking Smart is an obvious danger, while Balakani in another on a three-timer who cannot be ruled out.

Granny Biddy, Our Rachael, Broder and Carlitos Bay look the ones to focus on in Paddy Power Extra Places Everyday Handicap Hurdle, while Slemish is the stand-out name in Paddy Power Onside App Handicap Chase.

Robbie Power will be aboard Slemish and he rides point-to-point winner Castlebrook in the opening Paddy Power Betting Shops Maiden Hurdle.

This son of Oscar makes his debut over timber after finishing second on his racecourse debut in a bumper at Gowran last season.

Lackaneen Leader, Biddy The Boss, and Getoutameway are ones to note in the concluding Christmas Party Packages December 10th Mares (Pro/Am) Flat Race.