Punters well guided by the market at Cork 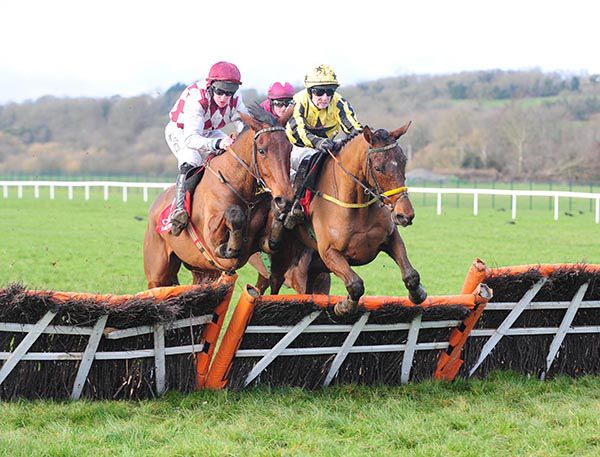 The market proved spot on for the McCarthy Insurance Group Maiden Hurdle at Cork as a major morning price move for Guided By You proved inspired.

Pearl Dragon was put in at long odds-on in early lists but drifted markedly as both Noel Meade-trained runners, Stoneford and Guided By You, contracted sharply.

Pearl Dragon, successful four times on the Flat but making his debut over hurdles, didn’t look the easiest of rides in front and dropped away quickly approaching the straight before being pulled up three out.

Meanwhile Jonathan Moore’s mount made steady headway to challenge two out and stayed on well on the run-in to beat Therellalwaysbeone by three lengths.

Stoneford could find no extra from the last to finish a further four and a half lengths away in third.

Meade said, "He has won a maiden and he stays well. He didn't jump at all in his first race but kept galloping to finish fourth. I knew after that, that if he jumped a little better he'd stay and it was a moderate race.

"We'll see what mark he gets and handicap hurdles over three miles will be his future.

"Sean (Flanagan) was riding all the Gigginstown horses lately so I thought there was no point upsetting anybody and I left Johnny (Moore) on the other lad. Johnny deserves his chance and rides very well."