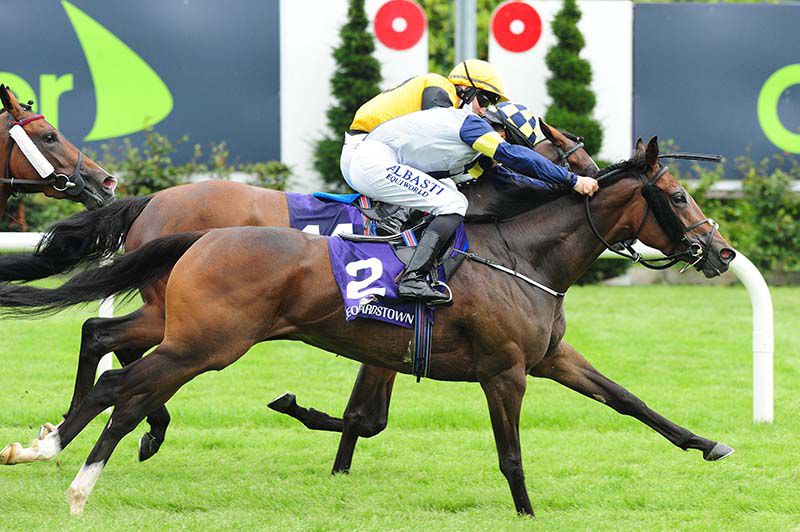 The Dream Ahead filly still had plenty to do turning for home in the seven-furlong contest but really hit her stride in the closing stages.

Coming with a run on the outer the 9/1 shot pipped Divine Celt at the post to record a head victory.

The winner was wearing cheekpieces for the first time this afternoon. She had been second on her debut last July at Limerick and had finished mid-division on two handicap outings this term.

“I'm delighted as she's owned and bred by Vimal and Gillian (Khosla) and they actually lost the mare so it was really important that she would win,” said Harrington.

“They'll keep her because it's a family they've started with. She's a full-sister to Final Frontier, who was a Group 3 winner, so she has a good enough pedigree.

“She might get on a roll now, you'd never know, and she's in again on Sunday.

“She jumped a bit slow there but she was in the stalls for a good while.”