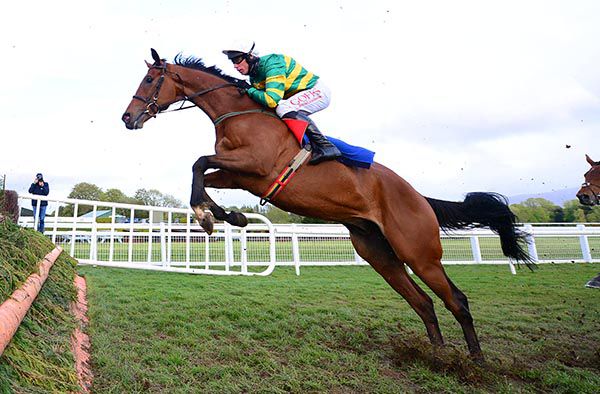 Derek O’Connor had to get after the King’s Theatre gelding coming to the second-last fence but his mount found plenty and swept by Its All Guesswork (15/2) running down to the last.

In the end five and a half lengths was the winning margin as the 10-year-old won for the second time this season as well as placed efforts at the Cheltenham and Punchestown Festivals.

It was a quick double for winning trainer Enda Bolger after Shady Operator and he said: "He had to work hard and that's him finished for the season.

"He had a hard race at Naas, has been to Cheltenham and Punchestown and while there is a race for him at Listowel (in June), he'll go on his break now.

"He is unfortunate to be around at the same time as Billaway who is just better than him.

"We'll get him home now for the summer and aim for the same again next season."