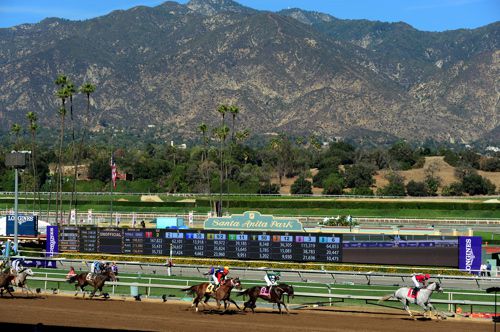 The five year old was sold as a yearling at the Goffs Orby sale in 2016 as part of the Wildenstein dispersal for €90,000.

Ridden by Joel Rosario towards the back of the high quality field Racing Bull, a son of Dark Angel, made a strong move around runners on the turn into the home straight before running out an impressive winner at odds of 5/2.

Today's meeting at Hereford has been abandoned due to snow.

Following further light snow and with no improvement in conditions, the fixture at Thurles has been cancelled.

Thurles to inspect again at 9am

Thurles is currently unfit for racing due to a light covering of snow and a further inspection will take place at 9am to determine if racing can go ahead this afternoon.