Ramses De Teillee could return to Cheltenham next time 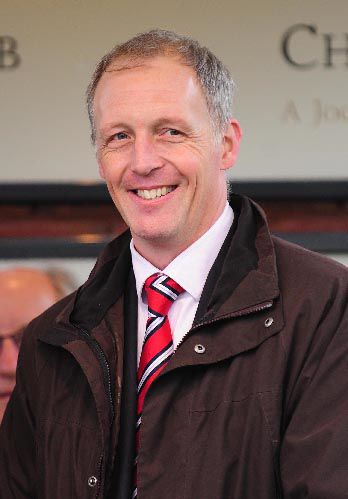 David Pipe
© Photo Healy Racing
David Pipe will monitor the weather closely before making a decision over the participation of Ramses De Teillee in the BetVictor Smartcards Handicap Chase at Cheltenham.

The Pond House handler has earmarked the Grade Three contest on Saturday week as the next target for the seven-year-old, provided conditions are suitable.

Last year’s Welsh National runner-up made a winning return to action for the first time in his career at Prestbury Park last month, when opening his account over hurdles.

Pipe said: “He will have an entry in the three-mile-three chase at Cheltenham next Saturday, and that is his next possible race.

“We want the rain to continue if we are going to go there, though.

“Last time was the easiest race he has had on his return. He ran well the year before on his seasonal return on good ground when he finished fifth in the Badger Ales Chase.

“He has taken everything fine since Cheltenham, and I wish we had a few more like him.”

The going for the start of Cheltenham’s three-day meeting next week is currently described as good to soft, soft in places, on all courses.

A drop back in class appears to be on the cards, meanwhile, for stablemate Umbrigado — with Pipe weighing up a number of options for the five-year-old, who was last sighted finishing down the field in a Grade One at Aintree in April.

Pipe added: “Umbrigado is entered in the Grade Three handicap hurdle at Haydock and he will have entries at Cheltenham in both the two-mile-five handicap and three-mile handicap hurdles over the weekend.

“He looks good and has summered well. He has got lots of natural ability — we will start over hurdles and see what happens after that whether we go chasing or not.”