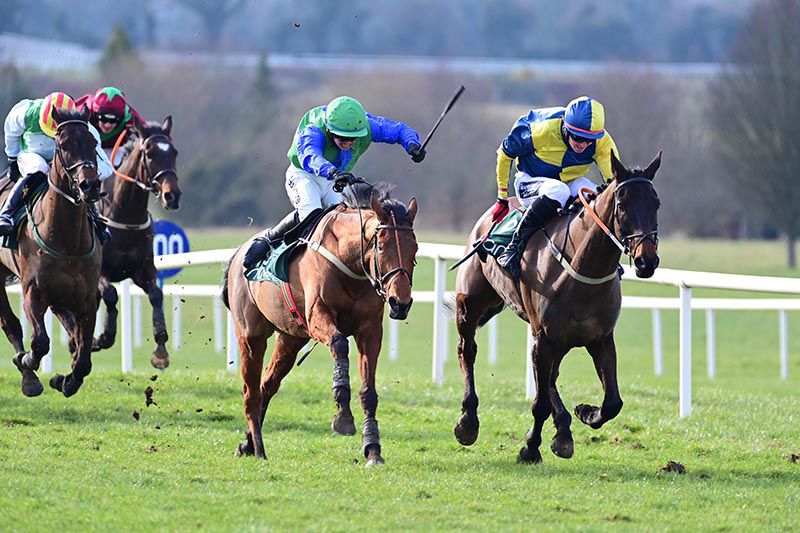 Rebel Early invariably comes good around this time of the year and recorded her third career win when finishing strongly to land the Athboy Handicap Hurdle at Navan.

The seven-year-old mare was patiently ridden by Darragh O’Keeffe making some ground early in the straight before a slight mistake two out.

Forrard Away looked like he’d be hard to peg back when holding a two lengths advantage at the last but Rebel Early dug deep to wear him down and eventually score by three-quarters-of-a-length at odds of 14/1.

The 11/4 favourite Castle Town House could find no extra on the run-in finishing a further four and a half lengths back in third with Fierami in fourth.

Winning trainer Liam Burke said, "He gave her a brilliant ride. She ran well in Gowran the last day but just didn't jump well enough in the ground.

“She's not over-big. She had won that race in Gowran the previous year and went up 9lb for it. She just got stuck in the ground last time.

“He said the track today suited better with the tough finish. She's as tough as boots and kept finding a bit for him. Even though she missed the second last she jumped the last well and was gradually getting there. She has loads of heart.

“I'll probably go over fences with her sooner rather than later. I might have to leave it until next season now.

“She wouldn't go on hard ground. She wants nice ground, that was fine today and even a bit better would suit.”

Aidan O’Brien has high hopes Japan can follow in the footsteps of St Nicholas Abbey, having got his career back on track with victory in the tote Pays You More At tote.co.uk Ormonde Stakes.

Sliabh Mhuire Lass (4/1) made virtually all under Derek O'Connor to land the maiden hunters' chase at Tipperary.