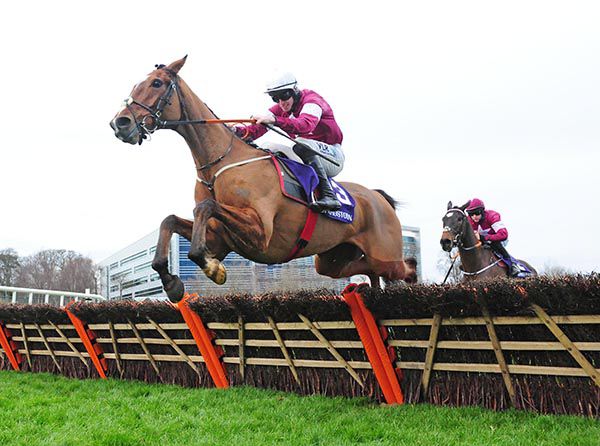 Wide Receiver gained a deserved success over timber when running out a game winner of the Thorntons Recycling Maiden Hurdle at Leopardstown.

Gordon Elliott's charge had been placed on three previous outings over jumps, including when third in Grade 3 company at Navan last month.

He was prominent throughout in today's two-mile contest and Jack Kennedy sent the 3/1 shot to the front after the third last flight.

The Sholokhov gelding found plenty for pressure when asked for an effort turning in and was a length-and-a-half too strong for fellow Gigginstown gelding Decimation at the line.

Kennedy said afterwards:- “He did it well and I think riding him more forward today really suited him.

“He had some nice runs under his belt so it was great to get his head in front.”