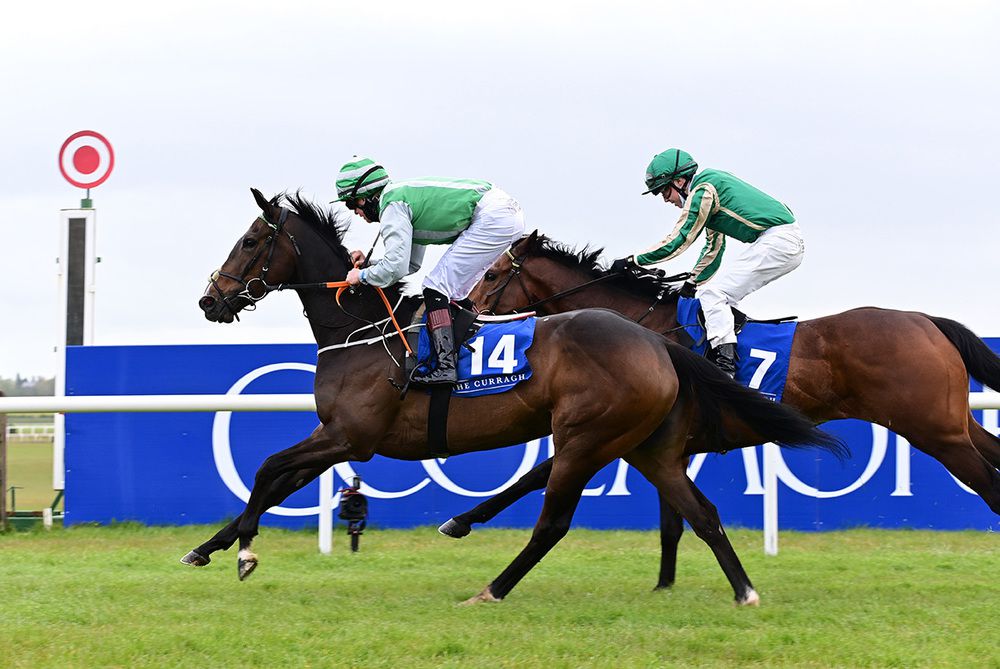 Had spectators, and bookmakers, been in attendance at the Curragh, there would have been more than a few torn-up dockets fluttering in the air after the start of the AES Bord na Mona Apprentice Handicap.

Fifth choice in the betting in a field of 23, Pretty Rebel (8/1) looked to have lost all chance when rearing as the stalls opened and handing a good eight lengths start to her rivals.

They seemed to go a good pace up front, though, which helped Dean Curran’s mount to gradually get into contention inside the final quarter mile and she came through to collar Ottawa Fire(10/3 fav) inside the final furlong for a most unlikely half a length success.

The front-running Wee Pablo (13/2) was third with Dark Magic (50/1) completing the placings.

Adrian Joyce, assistant to winning trainer Ger O’Leary, commented: “It was a great performance. It was nervous stuff at the start and I thought she had blown it at the gates. She did very well to win.

“She's a progressive filly and was unlucky the last day when she got nailed late on in Gowran.

“She's going to progress through the ranks this year, I'd say, she's a nice filly.

“We'll look for something similar again. Her half-sister Newgirlintown progressed all last year and it's a good staying family so she should get a bit further as well.

“The ground is the key to her, she needs a little cut in it, and we were delighted to see the rain all morning.”