River Thames is a 'snug' winner on debut 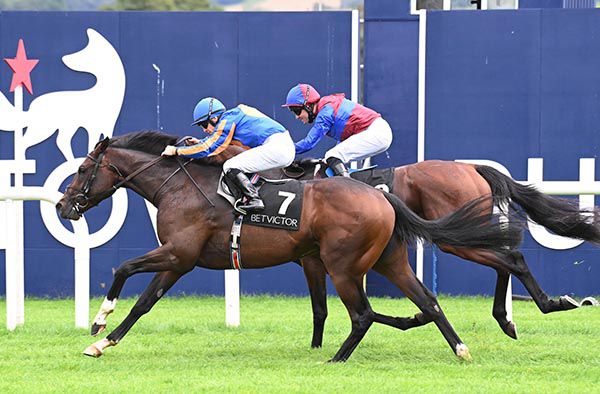 Settled in mid-division, the bay victor was pushed along on the approach to the straight and was ridden to challenge on the outer with just over a furlong to race.

He edged to the front inside the final 100 yards and maintained his advantage all the way to the line, coming home a neck to the good.

Changingoftheguard (9/2 to 16/5), who hit the front approaching the straight, had to settle for second under Seamie Heffernan, while newcomer Zuhra (12/1) was two-and-a-quarter lengths back in third.

World Famous was sent off the 2/1 favourite and he finished a disappointing fifth under Declan McDonogh for Joseph O'Brien.

"I struggled a little bit in the first half of the race and he just showed his inexperience on the track.

"From halfway he started to come home well and I felt like he won well at the line.

"I was getting there and because he was so green early on I was trying to land him there so he wouldn't be getting to the front and jamming on.

"I won snug at the line. As you can see he's quite a big two-year-old so next year is hopefully going to be a nice year for him."