Rock off the mark in nursery 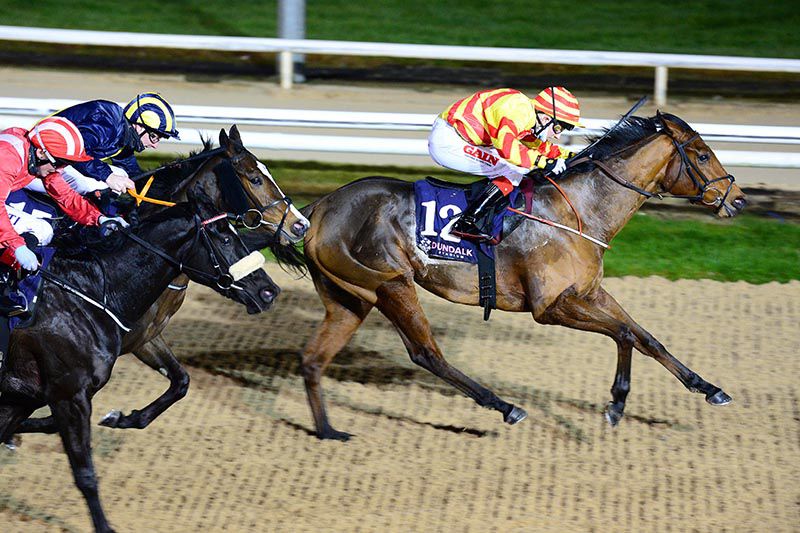 The Fozzy Stack-trained Flying Rock opened her account with a convincing success in the seven-furlong nursery at Dundalk.

Andrew Slattery did the steering on the Air Force Blue filly and produced her to lead a furlong from home.

The 12/1 shot stayed on strongly in the closing stages to post a length-and-a-half win over Chevillon.

Flying Rock was making her third appearance in a nursery at the venue.

“She's done it well in the end,” said Slattery.

“Ideally we wanted to be fifth or sixth but when she relaxed so well I was happy with where I was.

“We went a nice gallop and she's quickened up and done it well.

“To be fair to Chris Hayes he told me when you kick out of the stalls and get her up there it doesn't suit her so I took a chance and it worked out.”