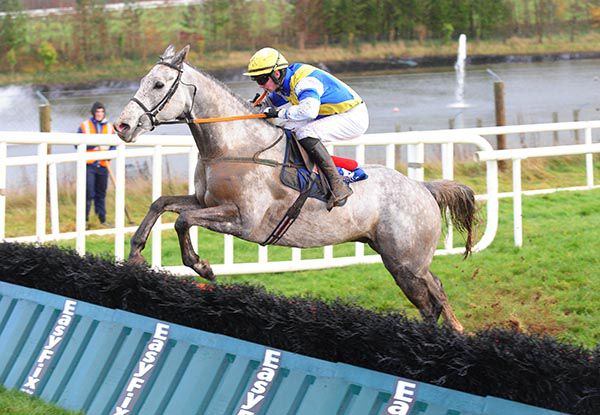 Rocky's Silver made a striking hurdle debut when coming home at 33/1 in Limerick.

He had been runner-up in a pair of point-to-points but made no impact in three beginners' chases before today.

The grey arrived full of running on the outside to pick up the lead at the penultimate flight and readily asserted before the last.

A good leap at the last sealed the spoils as he came home by three and a half lengths under 7lb-claimer Conor Orr.

Lill Smith (5/1) chased him home without threatening while Vinnwar (6/1) kept on for third, a further five lengths down.

Trainer James Dullea said: "I am surprised; I thought he might run reasonably well but I wasn't expecting that.

"He is a nice horse and we thought he was going to be a chaser. Conor gave him an exceptional ride; I had been riding him wrong in point to points and I thought he was better with horses coming at him but he was a lot happier today passing horses and grew in confidence.

"I had it in my mind to go back chasing but we'll see what handicap hurdle mark he gets now. I actually thought 85 (his chase rating) was his level to tell you the truth but we may have also been working him wrong.

"I'm delighted for the owners David and Margaret Kiely from Dungarvan and I'll take this surprise."