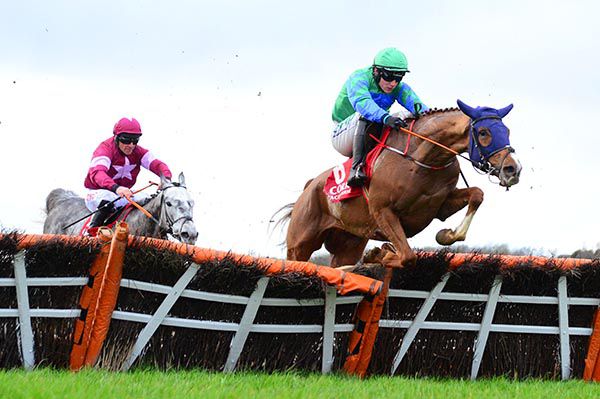 Matthew Smith’s Ronald Pump is due to make a Fairyhouse comeback as he takes aim at the Baroneracing.com Hatton’s Grace Hurdle on Sunday.

The eight-year-old finished half a length behind the unbeaten mare Honeysuckle in the Grade One contest last season, after which he only ran twice more as setbacks interrupted his campaign.

Having overcome those issues a return to action is now scheduled for the same race, where the gelding is one of 11 entrants alongside Punchestown Stayers Hurdle winner Klassical Dream and Honeysuckle herself.

“Thankfully this year there’s been no setbacks, so we’re looking forward to him running,” Smith said

“He’s good and he’s ready to run, we’re looking forward to it. Obviously Honeysuckle now looks unbeatable really, but if he ran a similar race to last year then we’d be delighted.

“He ran a cracker last year but unfortunately everything went wrong for him after that.

“Thankfully this year things have been going well, we’re looking forward to getting him back on the track and back in action.”

Ronald Pump is a winner over both hurdles and fences, but the chestnut looks likely to remain over the smaller obstacles this year with the Christmas meeting at Leopardstown a likely next target.

“I would imagine so, yes, that’s the plan with him at the minute anyway,” Smith said when asked if the gelding would continue over hurdles.

“If he comes out of it well, the plan would be to head to Leopardstown at Christmas with him.”