Ryan hits 30 for season as Kilashee proves tough in front 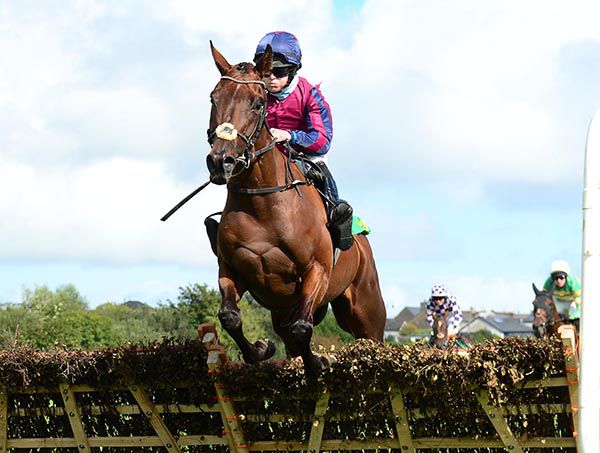 Kilashee stole a march on her rivals when making all to land the first division of the Irish Stallions Farms EBF Mares Handicap Hurdle at Listowel.

It was another winner for red hot handler John Ryan, his 30th of the season, as the Oscar filly followed up her success at Ballinrobe last month.

Shane Fitzgerald was again in the plate and soon opened up a big advantage on his mount.

She was well clear and despite a slightly reduced advantage turning for home Fitzgerald had kept a bit up his sleeve.

Kilashee came under pressure before the last and got the final flight wrong but was game to the line as she held Outlier by two-and-three-quarter lengths.

"I thought Shane went too quick so my heart was in my mouth but I'm very sweet on her. She is a half-sister to Kilcarry Bridge, who I won over €300,000 with,” said Ryan.

"This is a right filly and a lot of credit has to go to Tom O'Brien (vet) as she got a bad cut on a hind leg and her tendon sheaths had to be flushed.

"He saved her on two occasions and he did a brilliant job with her wind a few years ago. A lot of those fellows don't get enough credit as without him, I wouldn't have her.

"That's a real nice filly and I'm excited about this one. She is as tough as old boots, will jump a fence and her dam is an own sister to Hear The Echo who won the Irish National."