Sally another for Davison 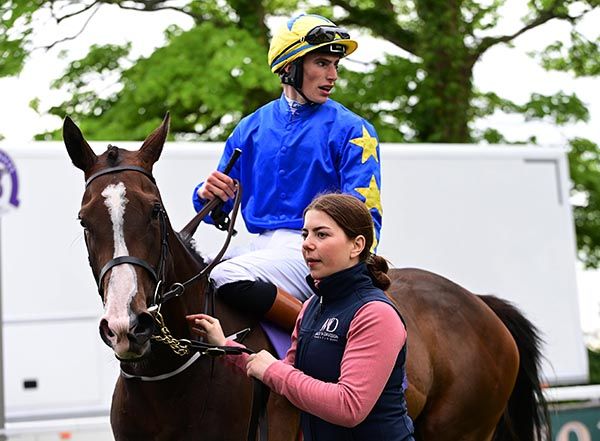 Jack Davison continued his fine start to the season, as his Sally Golightly landed some nice bets in the Rosses Point Caravan Park Handicap.

Third on her penultimate start at Dundalk, the Zoffany bay finished a disappointing sixth at Roscommon on her most recent outing when sent off a joint-favourite.

Available at 22/1 this morning, the Alida & Goetz Bechtolsheimer owned victor went from 16s to 12s on-course.

Briefly pushed along from the stalls by Donagh O'Connor, she eventually settled in second, edging into a share of the lead with two furlongs left to race.

Marginally headed just inside the final furlong, she battled back gamely to lead with less than 150 yards to go, keeping on well from there to score by a length-and-a-quarter.

The well-supported Dark Note was sent off the 11/4 favourite (from 15/2 early) and while he edged to the front just inside the final furlong he was soon headed and faded tamely, eventually finishing fourth.

"Jack said to go on if no-one else wanted to make it but I was happy enough to take a lead," O'Connor said.

"She didn't have much room on the rail when Shane's horse (Dark Note) headed me and he was lying in on top of her. Some fillies would lie down when they don't get much room, but she's hardy and toughed it out well.

"When she ran in Dundalk over 1m 4f she seemed to get to the line well and I knew she'd grind it out well for me. I'd say stepping her back up in trip and riding her similarly, she could move up through the ratings."

"I've had a few rides for Jack and I'm delighted to get a winner for him."

Sally Golightly was providing Davison with his fourth winner of the campaign, two off his total of six from last season.

S.M. Crosse, rider of Dark Note (GB) trained by Joseph Patrick O'Brien, reported to the Clerk of the Scales that his mount ran too free.

J. Coen, rider of Nelly Murphy trained by Anthony McCann, reported to the Clerk of the Scales that his mount jumped very slowly from the starting stalls.

B.M. Coen, rider of Lamprog trained by R.P.Cody, reported to the Clerk of the Scales that his mount reared up as the starting stalls opened.