Sams sticking to hurdles this season 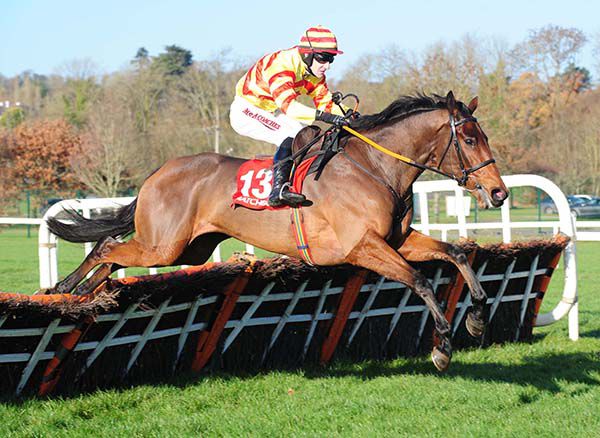 Sams Profile
© Photo Healy Racing
Mouse Morris hopes to have Sams Profile back on the racecourse either during or just after the busy Christmas period.

The five-year-old mixed it at the very highest level as a novice hurdler last season, filling the runner-up spot in two Grade Ones as well as placing fifth in the Ballymore Novices’ Hurdle at the Cheltenham Festival.

He has not been seen in competitive action since being touched off by the Colin Tizzard-trained Reserve Tank at the Punchestown Festival in early May, but is closing in on a return.

Morris has resisted the temptation to send Sams Profile over fences this season and will instead pursue the staying hurdle route, with the Leopardstown Christmas Hurdle on December 28 a first potential target.

Morris said: “He’s coming along grand. We’ve decided to stay over hurdles with him this season, so we’ll see how we go.

“I’m very happy with him. He’s entered at Christmas, but I’d say that might just come a week too soon for him.

“We’ll see how he goes in the next week or so, but he’s that close to a run anyway.

“Everything is good with him, and we’re going full throttle at the moment.”

The Fethard-based trainer hopes he has unearthed another potential star of the future in recent Thurles scorer French Dynamite.

Bought for £165,000 after winning his only start in the point-to-point sphere, the youngster made a successful debut under rules with a smart performance last week.

“He’s only a four-year-old, and I’m in no hurry with him — we’ll be taking the easy road and we’ll see if he ends up in Cheltenham or not.