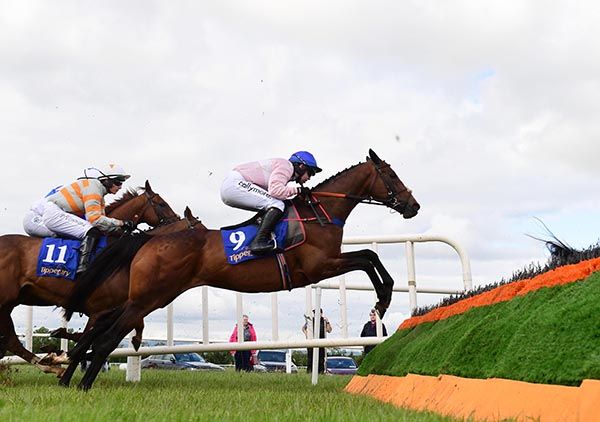 The daughter of Jeremy had previously won a Grade 2 bumper at the 2019 Dublin Festival and while a beaten 11/10 favourite at Killarney last month, today bounced back to form under jockey Darragh O'Keeffe.

McLoughlin, who won consecutive Irish Grand Nationals with Freewheelin Dylan in 2021, and April's winner Lord Lariat, reported "the plan was to jump her out - she was shuffled back the last day at Killarney and it didn't suit.

“They were well strung out at halfway and I thought they went too quick but he (O'Keeffe) said he had plenty of horse and said she jumped and travelled well.

"She is a quality mare and can be keen but is better in a better race like that. Maybe the way to ride her is with a good gallop and with a bit of light as she seems to settle.

"She will keep going until the weather changes and the Galway Hurdle might be an option for her and she'll get in now. We might also run her on the flat."