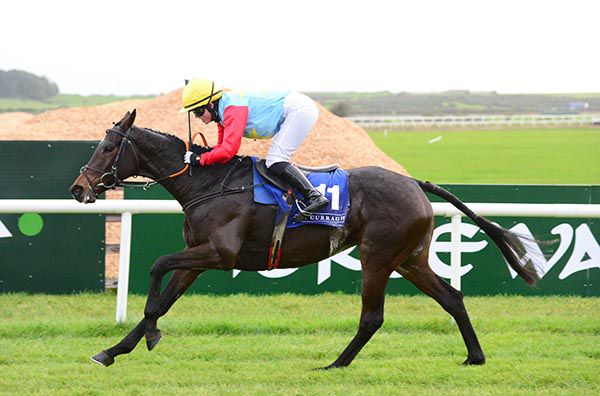 The 5-year-old dual hurdle winner was being pushed along in fourth entering the straight as the 8/11 favourite Lunar Display loomed up to challenge the leaders travelling powerfully and looking all over the winner.

However, Sunday’s Wexford winner didn’t pick up as Harry Swan would have expected and Sean Says was ridden to lead a furlong out before keeping on well to defeat the market leader by four and a half lengths with Morning Dew (33/1) another half a length back in third.

The winner is trained by Roger Sweeney and the victorious rider is a daughter of Fermoy trainer Pat Verling who rode, and trained, Sabadilla to win the Galway Hurdle of 2003.