Sawbuck delivers at 300/1 for O'Dwyers 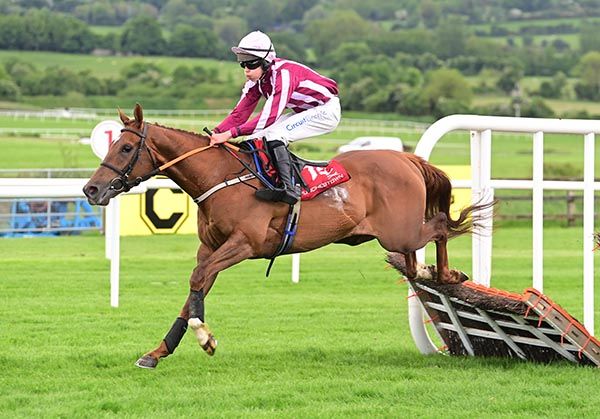 On a tricky-looking card at Punchestown, Conor O'Dywer's Sawbuck puts punters on the back foot when landing the opening four-year-old maiden hurdle at 300/1.

The Zoffany gelding was always prominent in this big field and was on good terms with himself as he led two out and had the pursuing Lihyan and Vocito off the bridle turning for home. At this stage Ballybawn Belter had dropped to fourth and looked in trouble.

Sawbuck was still travelling well to the last, however, he fluffed it to give a staying-on Ballybawn Belter a sniff of victory.

The door was soon closed, though, as he was ridden with 150 yards to race and kept on well to beat Ballybawn Belter (4/1) by four lengths. Vocito, the 10/3 favourite, was another four and three quarter lengths back in third.

Jockey Charlie O'Dwyer said: “He’s been in great form at home and, after his last two runs over hurdles, I came here thinking if he could finish somewhere in the middle of them I would have been delighted.

“The minute the flag dropped he travelled great and I couldn’t fault him anywhere. He just got a bit close to the last but he’s done it fairly handily enough.

“He likes that ground and is Flat bred and has run in Dundalk. The ground isn’t a problem for him.”

This matches the previous highest priced Irish winner He Knows No Fear 300/1 at Leopardstown in August 2020.

Sawbuck had been unplaced in his six previous races - two hurdle contest and four Flat races.