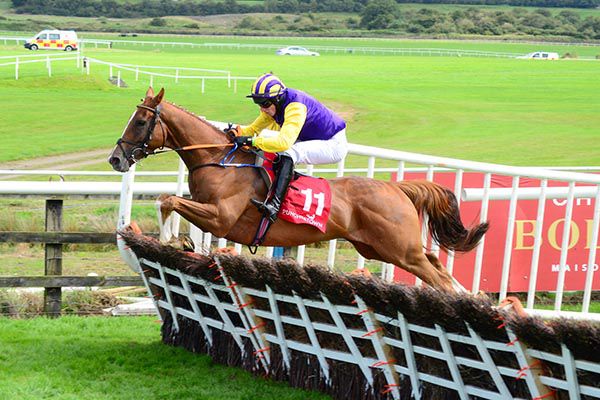 German-bred, like his rapidly-improving stablemate, Scalino, by Kamsin, was inclined to be very free in his early outings over hurdles but seems to have settled down with racing.

Here he was quite tractable chasing a strong pace pace and hit the front before two out. He was out on his own in the straight and came home 13 lengths ahead of Badness Backfires (16/1) in a well strung-out field.

Winning trainer Tony Mullins said: “He’s been a very difficult horse and Mikey (Fogarty) did a great job on him. I’m surprised that he settled so well.

“He’s not a big horse but when he matures he’s going to be a fair stayer. He’s not dishonest, he’s just over eager.

"When he becomes a man I think he’ll be not a bad racehorse.”