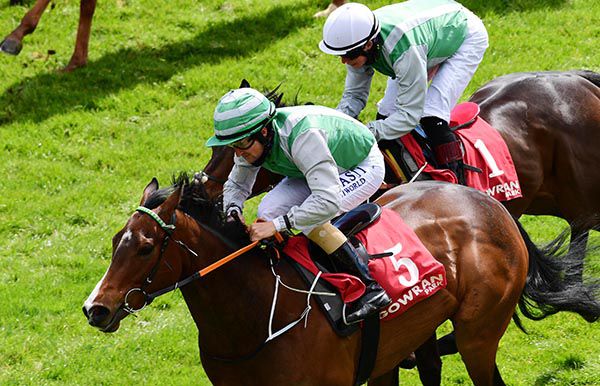 Princess Sela stormed down the stand's rail for a last gasp victory in the Paulstown Handicap at Gowran.

Shane Foley edged over to the near side two furlongs from home on the Ger O'Leary-trained Slade Power filly and she finished off well inside the final furlong.

The 13/2 shot got up in the dying strides to deny 4/1 favourite Aingeal Dorcha by a neck.

Princess Sela was making her handicap debut today and was the second winner in two days for the yard.

“They are going very well. We were a bit disappointed in the first when yer man didn't pop. We've just needed juice in the ground for a week or ten days. We've plenty of entries and they've been running well so it worked out.

“This filly is a half-sister to my sprinter Primo Uomo and she's just been a slow burner. Hopefully she'll improve from here. I think seven is her trip.

“We'll look for something similar but we definitely need yielding or soft ground.

“It's great to be on the scoreboard with two of them in the last two days.”