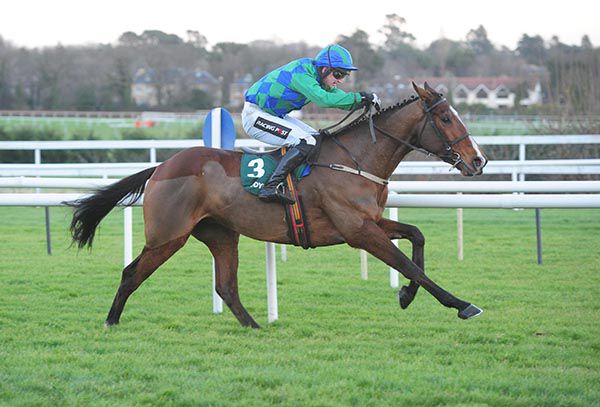 Carefully Selected galloped on strongly in the closing stages to give Willie Mullins a third winner on a mixed day at Leopardstown for the champion trainer.

The 3/1 joint favourite was produced to lead turning for home by Patrick Mullins and galloped on strongly in the closing stages.

He went on to post an eight length success over Mount Pelier, who stayed on to claim the runner-up spot.

The winner claimed a point-to-point at Monksgrange, for Ted and Katie Walsh, last March and was subsequently sold for £100,00.

A taking performance from Carefully Selected who cruises to victory in the last at @LeopardstownRC. Another bumper win for Patrick and @WillieMullinsNH: pic.twitter.com/zRaNWcl4tW

“We bought him at the sales in Cheltenham after Katie Walsh recommended him highly to us. She was right and we're very pleased it worked out,” said Mullins.

“He looks an out-and-out stayer as they went a huge gallop.

“I have to give him a crack at a winners bumper rather than go hurdling now and chasing next year.

“He could be an Albert Bartlett horse for next year. That's the sort of road I'd be aiming at.

“There were a lot of fancied horses there and he made them look ordinary. He gallops all day and he's not the slowest horse either. I was very pleased with him.”