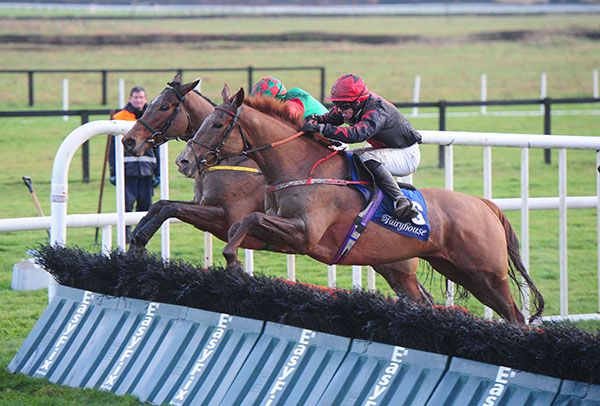 The son of Whitmore's Conn notched consecutive handicap hurdle wins at today's venue, Punchestown and Wexford from three runs last October and was hampered when pulling up, and having lost a shoe, at Leopardstown over Christmas.

Today the eight year old got the better of five rivals when beating runner-up Future Proof by four and a quarter lengths.

Trainer Traynor, a full-time farrier, later commented “we were worried about the ground because the rain hadn't stopping coming here.

“Darragh gave him a lovely ride. He got a nice lead around, was patient and stayed out for a nice bit of fresh ground.

“We'll see how he is and we might look at the big meeting at Leopardstown and see what is there for him.

“He was unlucky at Leopardstown the last day as another horse galloped into him and he lost a shoe.”