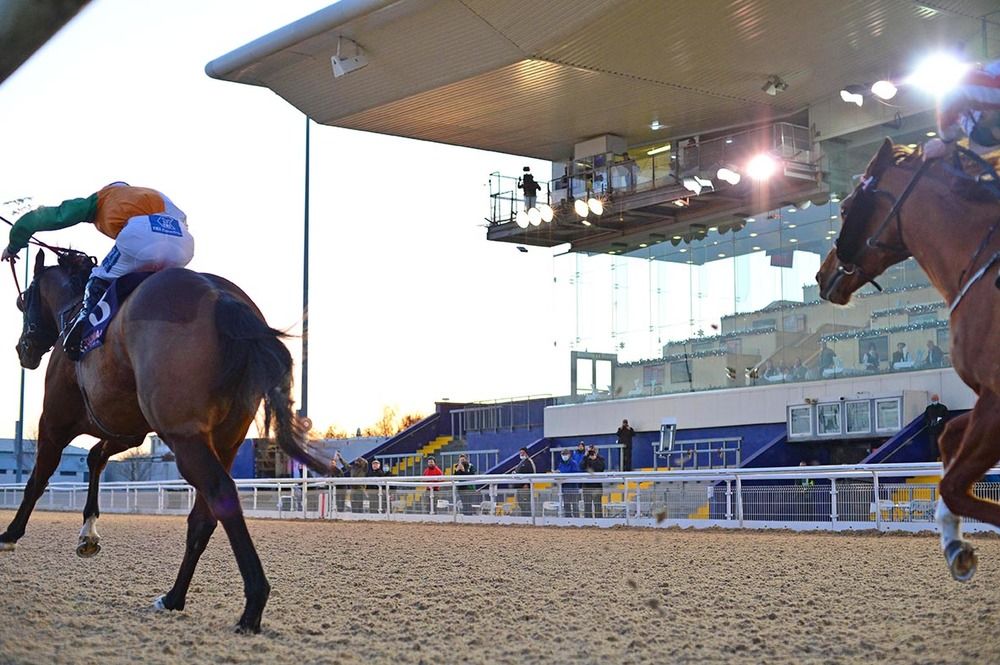 The daughter of Heeraat won three consecutive races in early 2020 and having bagged two further wins last November, today ended a 19-race losing spell when moving clear in the final furlong to beat Collective Power by a length and a half.

Afterwards winning trainer Ado McGuinness reported “she’s been running well and that was a bit overdue. Robert Whearty (jockey) was a bit unlucky the other night as the stick got knocked out of his hand. The same thing happened Colin (Keane) and she got 4lb the night he was second on her.

“She loves this place and is very consistent up here through the winter. Hopefully she can win again at some stage and there is a good bunch of lads (Shamrock Thoroughbreds) involved with her.”