Slevin & Orr too Good for rivals 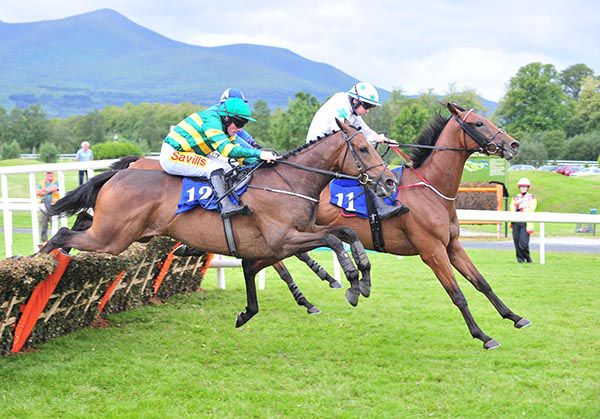 Whenurgoodurgood proved just that when justifying favouritism in the Dawn Milk Omega Maiden Hurdle at Killarney.

The 5/2 favourite filled the runner-up spot on his hurdle debut at Bellewstown earlier this month, and went on better here under Conor Orr.

The lightly-raced seven-year-old gelding led approaching the final flight but was done no favours by the wayward Westmead in the closing stages before getting the better of that rival by a neck.

Baboin was a further three and a half lengths adrift in third.

Winning trainer Nigel Slevin said, “It was deserved. He was a bit unlucky the last day as he was green and backward. I’ve had three seconds in the last ten days so I’m delighted to get a winner.

“He’s a nice type of horse and will jump a fence in time.”