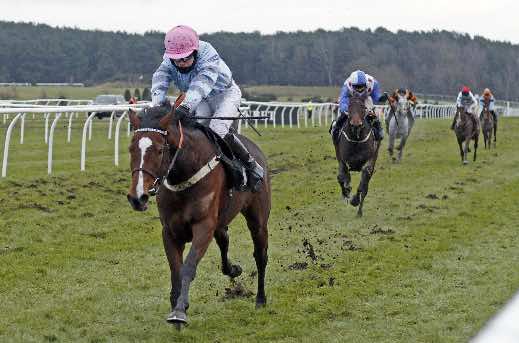 Eileendover may try to end her year on a high in the Listed Rose Bowl Stakes at Newmarket next week.

Trainer Pam Sly will then draw stumps with her talented four-year-old filly for the campaign, because there are no more suitable races on the Flat for her in 2021.

Eileendover, who began the year when taking her unbeaten record in bumpers to three in a Listed contest at Market Rasen in January, has shown smart form since concentrating on the Flat.

She opened her account in a mile-and-three-quarter handicap at Newmarket last month and was a creditable fourth behind Free Wind in the Group Two Park Hill Stakes at Doncaster last week - for which she has been put up 3lb to a mark of 99.

"She ran alright - she gave 10lb to the winner and the third," said Sly.

"It’s a lot of weight. The three-year-olds get a serious amount of weight off them.

"I've only got one race left for her this season. It’s a week on Thursday at Newmarket, a Listed race over 16 furlongs.

"She's had a few days out and will get ridden tomorrow.

"I do the entry for that on Friday and I’m hoping she’ll be OK. It will be her last run this year, and we’ll put her away for next year."