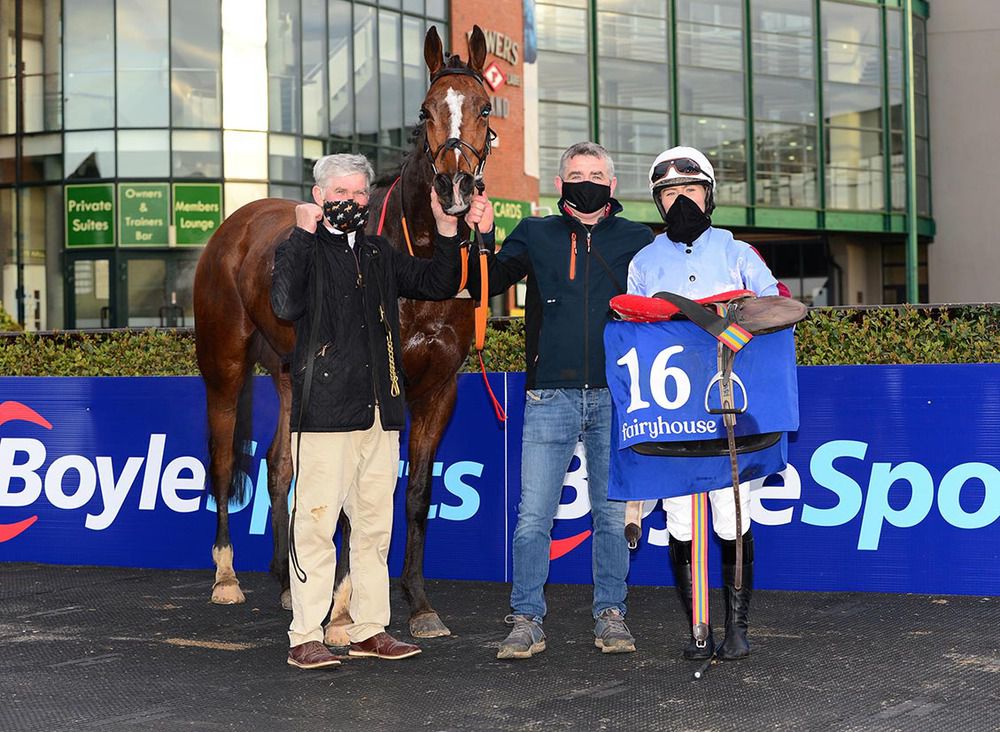 Based locally at Piercetown Kilcock, Ward was sending out his first winner since 2017 when Western Goose did the business for him, also at this venue.

Fictional Account had his name up in lights in the past, including at Stakes level on the Flat, and he has another exciting one on his hands in the shape of the Aizavoski four-year-old gelding, Mary’s Pride, who he also owns.

Mary’s Pride (80s into 40s) raced in the rear, and he was fourteenth entering the straight.

Ridden on the outer two furlongs out, the youngster went fifth a furlong out, staying on strongly in the final furlong to lead in the last strides. He beat Top Dog and favourite Hi Ho Phoenix by half a length and a length and three parts.

“That's brilliant. We bought this fella last year for €3,700 for Laura. She's been riding since she was a 12-year-old and is going to college," said Ward.

“She's also been riding out for Lorna Fowler and has been a great help to me.

“Her mother passed away three years ago and the horse is named after her.

“These are the days for small trainers like me. For me to produce him first time out and to give her her first winner is one of the best days I've had for a long time.

“We've only five horses and this is a fantastic day, it's what racing is all about for a small trainer. I'm so excited for her.

“We're farmers and I foal some mares as well, especially for Lorna Fowler. Douglas Taylor is my main man, I pre-train for him before the horses are sent to Willie's and Gordon's.

“We only train a few but we enjoy it. We had that horse broken and riding in three days. I rang Harry Fowler because I thought he was broken but he wasn't.

“We brought him to the beach and he walked out up to his ears in water. He's just been a special horse for a special girl. Today is a great day.”