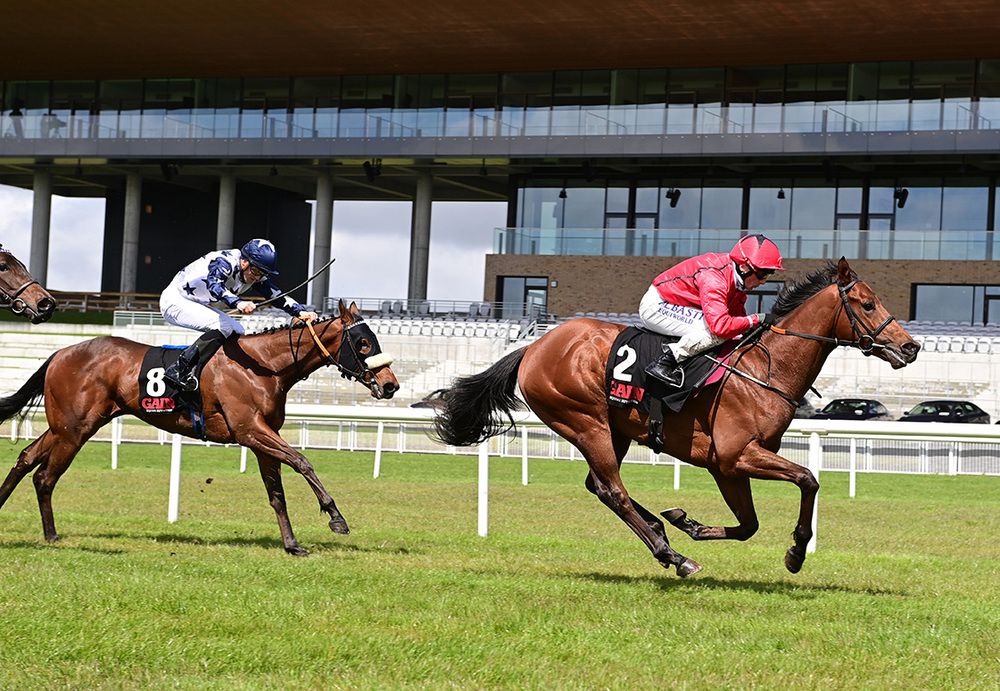 Confidently ridden by Chris Hayes, Castle Star (5/2) swept through from off the pace to win the GAIN First Flier Stakes (Listed) in good style.

Outsider of the field Loveaday (28/1) made a bold bid from the front but was pegged back inside the final furlong and the winner ultimately scored comfortably by a length and three quarters.

Loveaday just held on to second place by a head from Missing Matron (9/2).

By Starspangledbanner, the winner had been narrowly beaten in two maidens prior to this success, including by Ballydoyle’s Glounthane at this venue last month.

Winning trainer Fozzy Stack said: “He did it well and he deserved it. He was a bit unlucky to run into a good horse in a maiden the last day. That's compensation today.

“I don't think five or six matters to him, I wouldn't say it was staying that was his problem the last day he probably just met a better colt.

“I suppose we could maybe look at the Norfolk for him now. It's six weeks to Ascot and he has plenty of experience now.”

Of stablemate and 2/1 favourite Cheerupsleepyjean (beat one home in sixth) Stack added: “She just sank in the ground (going description was changed to yielding to soft in the straight after this race). She's a real good mover and it was 50/50 whether we'd run her, maybe we shouldn't have.

“She travelled well into it but he said when he asked her to pick up she couldn't. There will be another day.”