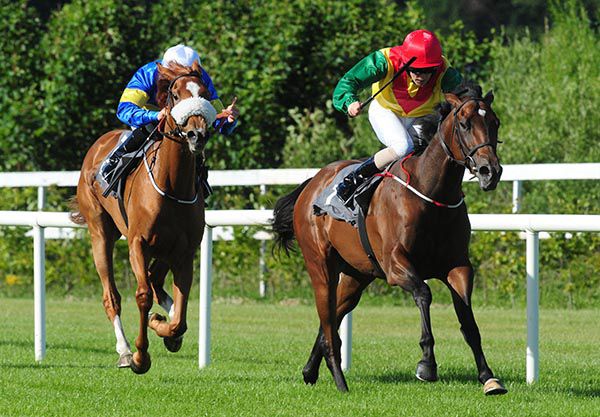 The Co Tipperary trainer admits there is little between them on their work at home though Highland Fortune has the better track form, having finished fourth in the Group Two Railway Stakes at the Curragh following his maiden success at Leopardstown.

Wargrave has yet to win after two starts but has shown plenty of promise in taking third place behind Richmond Stakes scorer Land Force on his debut at the Curragh and then just being caught close home by Zander at Galway last week.

“They’ve both come out of their last races well and seem in good order,” said Stack.

“Obviously, Highland Fortune is dropping down a little in class. He’s the highest-rated horse in the race and Wargrave was probably just a little unlucky in Galway.

“They are both entitled to take their chance and we’ll see what happens.

“There’s not a lot between them at home.”

The seven runners are completed by Henry de Bromhead’s filly Chicago May, who made a winning debut at Naas five weeks ago.