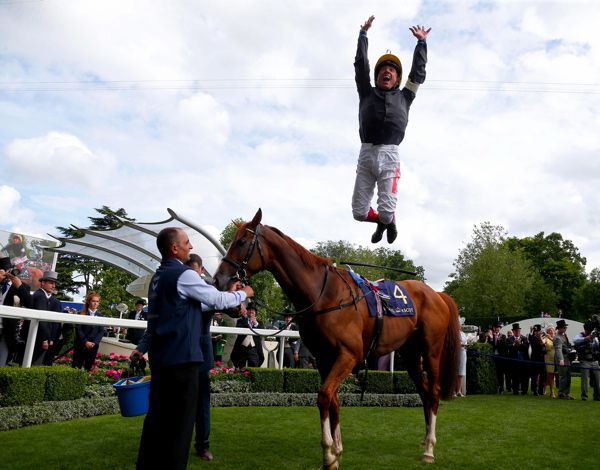 888Sport price Stradivarius as their 5/6 favourite to complete the four-timer.

The day’s action starts with the Group 2 Norfolk Stakes at 14:30 where Aidan O’Brien looks to have strong claims with Cadamosto. This well-bred colt, his sire won this race in 2013, ran out an impressive winner of a Dundalk maiden in April and has since missed several engagements due to unsuitable ground. The quick surface at Ascot should suit and 4/1 with 888Sport looks reasonable value in what promises to be a revealing affair. 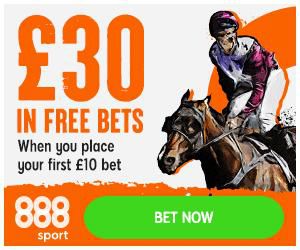 O’Brien has chances in the Hampton Court Stakes at 15:05 where he saddles both Matchless and Roman Empire but both may be playing for place money behind strong favourite Mohaafeth. The William Haggas trained son of Frankel is 5/4 with 888Sport after running up a hat-trick of wins this season, most recently when a wide-margin winner of Listed race on Good to Firm ground at Newmarket at the start of May.

The Group 2 Ribblesdale Stakes at 15:40 has been won in each of the last five years by either John Gosden or Aidan O’Brien and while both have contenders again this year the Michael Stoute-trained Noon Star looks a worthy favourite. The mount of James Doyle heads the market at 5/2 888Sport for this mile and a half contest and her most recent runner-up finish behind Snowfall looks all the better following that filly’s runaway victory in the Epsom Oaks.

Five Irish-trained runners are among the maximum field for the Britannia Handicap over 1 mile at 17:00. This three-year-olds contest run over the straight course looks fiendishly difficult with Mithras representing Gosden and Dettori heading the 888Sport betting at 13/2.

The King George V Handicap at 17:35 is only marginally less difficult with 22 set to face the starter over 1 mile 4 furlongs. Aidan O’Brien’s Hat-trick seeking Sir Lamorak heads both the weights and the betting, he is 4/1 favourite with 888Sport. Sir Lamorak is 15 lbs higher in the handicap following a decent performance at Leopardstown in April but as an improving three-year-old with a liking for decent ground he should figure prominently again.

A maximum field 7 furlongs handicap rounds off Day 3 at 18:10 where Pat Flynn’s Dundalk specialist Whatharm is the sole Irish representative. 888Sport go 7/1 the field with May’s course and distance winner Aldaary topping the betting. The three-year-old is yet to race on anything except soft ground so underfoot conditions will be a concern. By contrast 12/1 shot Persuasion from the Charlie Hills yard has won both his starts over 7 furlongs on Good to Firm ground.

New Customers of 888Sport can claim €30 in free bets and €10 Casino Bonus when they place their first bet of €10 or more.

Min deposit of €10 • A qualifying bet is a ‘real money’ stake of at least €10 • Min odds 1/2 (1.50) • Free Bets credited upon qualifying bet settlement and expires after 7 days • Free Bet stakes not included in returns • Deposit balance is available for withdrawal at any time • Withdrawal restrictions & full T&Cs apply. 18+ gamblingcare.ie