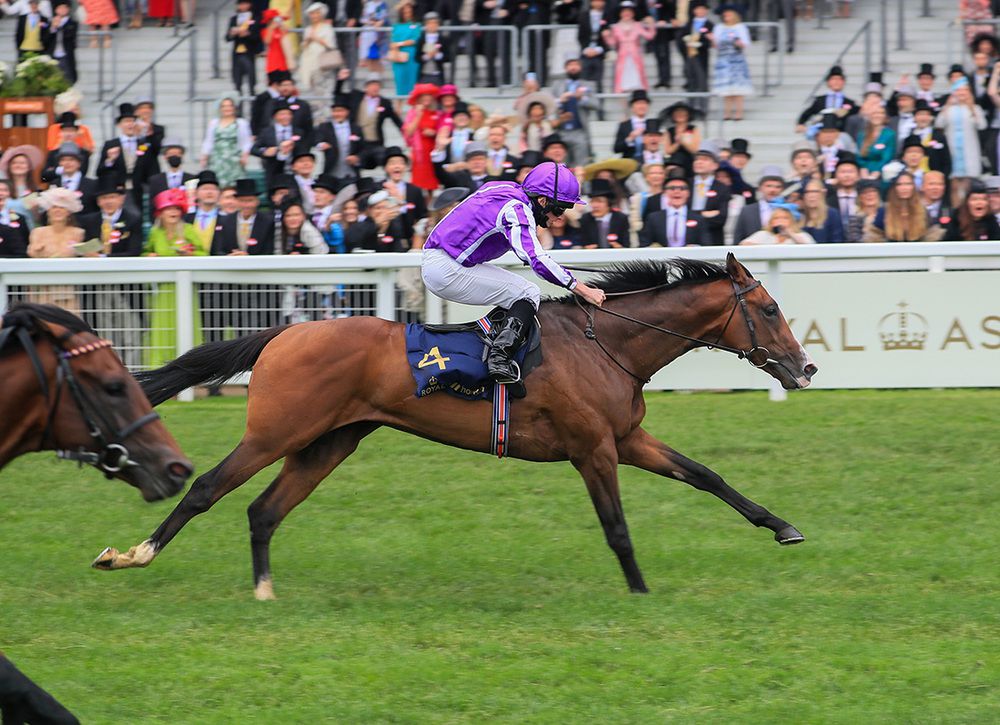 Aidan O’Brien’s next great hope Point Lonsdale puts his reputation on the line in the Japan Racing Association Tyros Stakes at Leopardstown.

The master of Ballydyle has won the last seven renewals of this Group 3 and the Australia colt (no bigger than odds of 2/9 this morning) maintained his unbeaten record in the Chesham Stakes at Royal Ascot — beating Reach For The Moon, himself an easy winner subsequently.

Speaking after his Ascot win, O’Brien said of Point Lonsdale:‘I hope he’s a Classic horse that can go for the Guineas and the Derby’ — and he is already favourite for both those races.

He faces four rivals on Thursday — including the unexposed Maritime Wings, trained by O’Brien’s son Joseph, who was bought by Team Valor after winning at Leopardstown on debut.

“We’ve been happy with Point Lonsdale since Ascot — everything has gone well with him since,” said O’Brien.

“It was pretty soft at Ascot, and he likes nice ground. He’s a lovely-moving horse, so that should be in his favour this time.”

The going is good, good to firm in places with selective watering to take place this morning and the forecast is for another warm and dry day.

O’Brien is also represented in the other Group 3 on the card, the Frank Conroy Silver Flash Stakes, by Prettiest — who finished a fair fourth in the Albany Stakes at Ascot.

The form of that race has subsequently been given a boost by the winner and second, who went on to finish first and third in the Duchess of Cambridge Stakes at Newmarket.

“We were very happy with her run in the Albany,” said O’Brien.

“She came back quick enough after her maiden win — but we’ve been happy since, and everything has gone well with her.

“We didn’t think the step up in trip (to seven furlongs) would be a problem for her.”

Prettiest is morning favourite at odds of around 4/5.

Ger Lyons is represented by Juncture (second favourite at around 7/4 with most firms) who second on debut to O’Brien’s Contarelli Chapel before winning easily next time.

She is owned by Juddmonte, and their racing manager Barry Mahon said: “She’s a very nice filly and she’s training nicely. She won well on her last start, and now she’s stepping up to Group company tomorrow.

“It’s a small but very competitive field. Aidan O’Brien’s filly (Prettiest) is going to be tough to beat on her fourth in the Albany.

“We like our filly and we’re hoping she’s going to progress now in the second half of the year.”