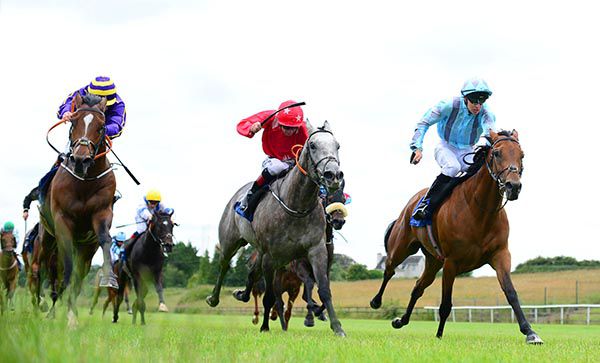 Just a nose split them at the end of the Follow Limerick Racecourse On Facebook Handicap with top-weight Syrena prevailing for Joseph and Donnacha O’Brien.

On first viewing it looked like Jungle Jungle might have done enough, but the photo showed that Syrena had edged it.

The O’Briens and winning owners the Annus Mirabilis Syndicate were bouncing back quickly after their Latin Five (3rd) had been a beaten favourite in race one.

Stable representative Brendan Powell said on the winning market-leader (a 7/2 shot): “Donnacha said she is as hard as nails and is tough. What she'd lack in ability she'd make up for it because she is very tough. I actually thought she was beaten but she stuck her head out.

"It'll be tougher for her when she goes up again but she'll win again.

"It is nice for the syndicate who have eight or ten horses in the yard and it's lovely for them."