Take All a first winner for King 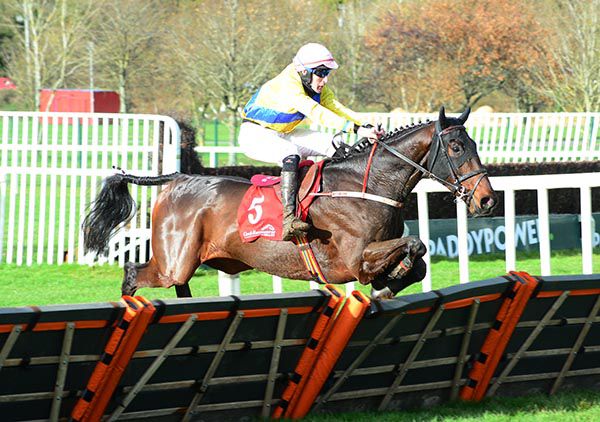 Take All brought up plenty of bets with a power-packed display in the Adare Manor Opportunity Handicap Hurdle at Cork.

He was a first racecourse winner for jockey Alan King who quipped: "It's great to finally get the win and it's a relief!"

King is 26 and from Moycullen, Co Galway and had previously won five British point-to-points.

The five-year-old gelding moved sweetly for King on handicap debut and picked up the lead over the third last.

He drew right away from Arctic Light between the final two flights and was well clear before a less than fluent jump at the last.

Trainer Seamus Fahey said: "He has improved with every run and we ran him in a bumper this time last year and was weak and didn't handle the ground.

"We were a bit concerned about the ground, not knowing if he'd handle it or not; his mother (Miss Vickie) won for me years back.

"We'll see what the handicapper does and he'll probably run next at Christmas.

"He belongs to Jimmy Cleary and Alan (King) is with me one day a week."