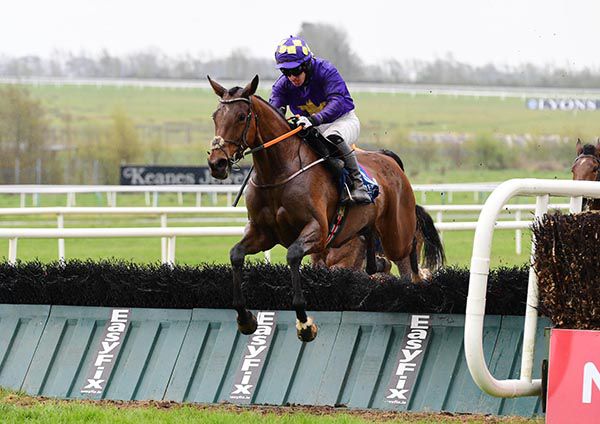 That's Lifebuoy served up a 16/1 surprise when sluicing home in the first split of the Patrickswell Handicap Hurdle at Limerick.

The six-year-old mare was making her handicap debut and travelled well on the outer entering the home straight.

She came through to lead at the second last and had the race in her grasp at the final flight. Once it was negotiated, she ran right away from the opposition to win by 11 lengths with Philip Donovan in the plate.

Seangoell had no answers once headed two out and had to settle for second at 7/2. She was a neck in front of Emma Prada (12/1).

Trainer John Ryan said: “She had a couple of good runs in maidens. She was third in Fairyhouse behind Peter Fahey’s good mare (Royal Kahala).

“The ground is a little bit better today and we rode her wide to get better ground. Philip Donovan gave her a great ride.