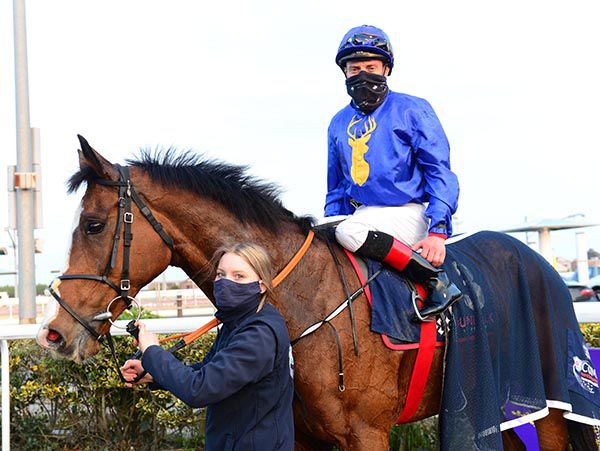 Eventual runner-up Danehill Quest wandered a bit and after reportedly hitting the minimum price in running he was mugged late on by the Denise Foster-trained The Abbey.

A neck split them at the line.

The race was opened up somewhat with strong favourite Port Lockroy (evens, finished 9th) never getting into anything like a promising position.

“Sometimes the races here can be a bit messy but there was a good solid pace on,” said McDonogh.

“Speaking to connections they wanted me to go a bit more forward than I did at Gowran. He can be sluggish out of gates but he jumped okay today and I got a nice position.

“He stayed going well. I thought I was only going to be third at best but he stayed every yard of it.”

The Irish Horseracing Regulatory Board Veterinary Officer examined Port Lockroy (FR), trained by Joseph Patrick O'Brien, at the request of the Stewards and reported the animal to be post race normal.