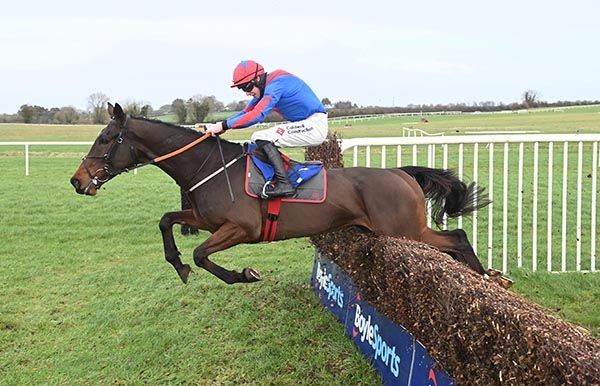 The Goffer showed the benefit of his chasing debut at Cork last month when landing the Irish Stallion Farms EBF Beginners Chase at Thurles this afternoon.

The Gordon Elliott-trained gelding showed his liking for this track when taking a Grade 3 over hurdles earlier this year and was never too far off the pace under Jack Kennedy.

The 11/2 chance headed the front-running Indiana Jones entering the home straight and kept on well to score by two and a quarter lengths.

The 10/11 favourite Churchstonewarrior was let down by his jumping but finished well to take the runner-up spot with Indiana Jones fading a further six and a half lengths back in third.

Elliott said, "He liked the better ground a lot better and jumped a lot better there today. He had a good run when he won a Grade 3 hurdle here last March.

"We'll try and find a little winners' race somewhere now and he is qualified for a handicap mark now so we'll see where we go."