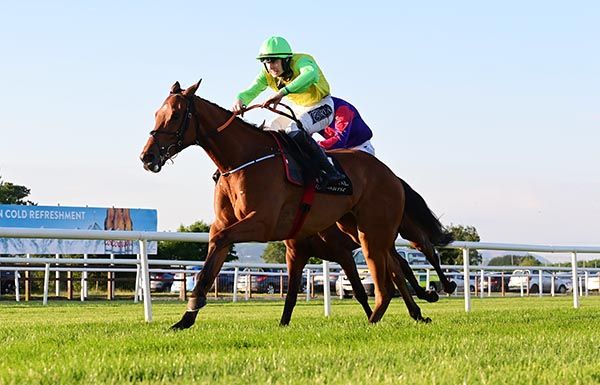 The Ballinrobe winner tracked the leaders and was pushed along in second two furlongs out by Harry Swan. He made headway to lead a furlong out and was ridden out to beat Miss Fourie by three parts of a length. Dreamz was another four and a quarter lengths away in third.

Elliott said: "He could actually run in a long distance amateur Flat race and he could go jumping soon.

"He's a big, raw horse and there is plenty in him. He was always doing what he had to do and Harry (Swan) gave him a lovely ride."