This Man is Very good 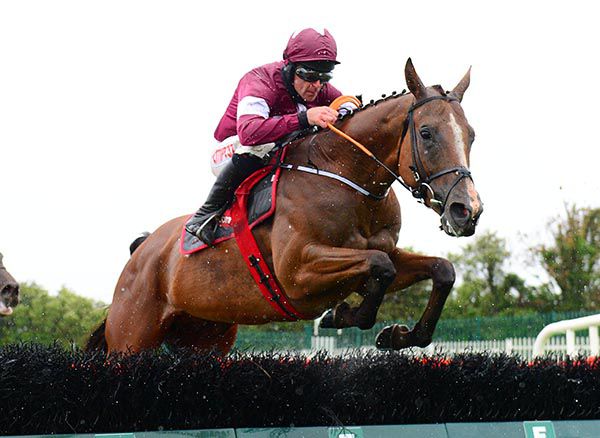 The Very Man made it four wins in-a-row as he justified favouritism in the opener on Galway Plate day, the Listed Play The Tote Jackpot Novice Hurdle.

Successful on his fifth start over hurdles at Naas in March, the Gordon Elliott trained gelding followed-up at Downpatrick before completing the hat-trick at Roscommon earlier this month.

Sent off the 11/8 market leader, the son of Jeremy raced in second under Davy Russell as Telmesomethinggirl attempted to make all.

The bay victor took closer order before the second last and got to the front shortly after that flight, going on from there to record a comfortable two and three parts of a length success.

Getaway Gorgeous (11/4) came through to take second under Paul Townend for Willie Mullins, while Telmesomethinggirl was half a length back in third.

Elliott, speaking on the phone from the sales at Doncaster, said: "He's in again tomorrow so we'll see how he is. He didn't have too hard a race but we'll see.

"He appreciates better ground and has progressed well on it."

* The Irish Horseracing Regulatory Board Veterinary Officer examined Dinard Rose, trained by Noel Meade, at the request of the Stewards and reported the animal to be post race normal.